Sometimes, the American dream is a reality. And sometimes, it is an illusion.

Seymour "Swede" Levov had the perfect life. He grew up tall and handsome and was the best athlete in Newark, New Jersey. After the war, Swede married Miss New Jersey, fathered a beautiful little girl, and began training to take over his father's glove factory. He was good at his job; his wife loved him; his daughter was perfect, except for a stuttering problem; he was successful at work.

But Swede's life was far from perfect.

In high school, Swede's daughter Merry became involved in the anti-Vietnam War movement; and, at the age of 16, she blew up the local general store and Post Office, killing a local physician. She disappeared that day.

Too much came easy for Swede. His great skill was excelling at those things that were expected of him; and he spent most of his life trying to do just that: He worked hard, he was kind to others, he loved his wife and daughter. He even kept his Newark factory open after the city was racked by riots and crime increased and it became impossible to hire high-quality craftsman. It wasn't enough.

Swede's idyllic life was an illusion. His outward success is a façade, hiding the turmoil and tragedy that plagued him and his family.

Swede searches (mostly) in vain for his daughter. His efforts result in disappointment and exploitation. Even when he finds her, he gains no closure from the incident. Merry has moved from her life as a violent terrorist; but now embraces a self-destructive philosophy that leaves her sick and pathetic and still rejecting the morals of her father.

Swede almost deals with his weaknesses and the weaknesses of those closest to him with logic and hard work and perseverance.

It is never enough.

In the end, he beats himself up trying to decide who is to blame for Merry's fall. Did she fall because of some mistake he made as a parent? Was she seduced by a radical organization?

He never finds the answers.

I loved Roth's prose and the inner dialogue he gave to his main character and the outer dialogue between the characters. The sequences where Swede and his teenage daughter argue about her limits ring true to anyone who has raised intelligent and sometimes defiant teenagers.

Roth's story gripped me throughout. I felt Swede's helplessness; I felt the jealousy of his brother; I felt the frustration of Merry, who could not live up to her parents ideals and chose a path of self-destruction instead; I felt the disappointment of those who discovered he wasn't the hero they believed; I felt the victimization of Swede's wife, who was bullied by her father-in-law before their wedding; and I felt the collapse of the American dream.

At least, the dream of Swede Levov. 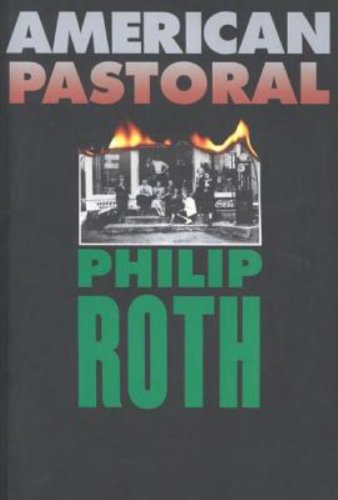