Audio and Video Equipment for Technology and Friends

I have been recording my online TV show - Technology and Friends - for 9 years. I recently passed episode #500.

The show has evolved over the years and so has the recording equipment I use.

Below is a description of the hardware I use to record Technology and Friends. 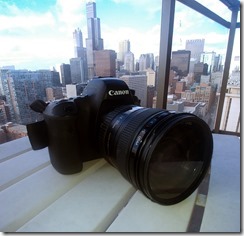 This is the second Canon SLR I’ve purchased. My EOS 30D lasted over 10 years, so I returned to a similar, but updated model when it finally began to fail. The EOS 6D is primarily a still camera, but it can record up to 30 minutes of high-resolution video. The image quality is outstanding, particularly with the 24-105mm Canon lens I bought with it. This setup is overkill (read: "expensive") for a show that most people view in a browser, but I also use this camera for still photography and I have been happy with the results. The main downside for video is the 30-minute limit. After this time, someone needs to re-start the recording. 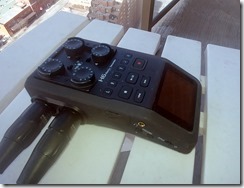 I bought a Xoom recorder a few years ago on the recommendation of Carl Franklin, who is the co-host and the audio expert of the excellent .NET Rocks podcast. It served me well for years, so I bought the H6 when it was time to replace it. This device contains 2 built-in microphones, but I almost always plug in 2 external microphones, so I can get closer to a speakers mouth. I can plug in up to 4 external microphones. Using these microphones eliminates most of the background noise, allowing me to record in crowded areas. Each microphone can record to a separate audio file, which is convenient if one speaker is much louder than another. 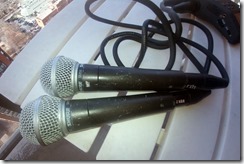 I went with Shure based on popularity and Amazon reviews. I bought these mid-level models. I have been happy with the results. I strongly recommend external microphones (either lapel or handheld) when recording audio. My show is much better since I began using them. Switching to a separate microphone and the resulting increase in audio quality is probably the technical change resulting in the single biggest jump in quality for my show. 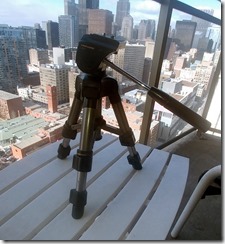 This is a cheap tripod, but it has lasted me for years. I have a larger tripod, but seldom use it because I can throw the vanguard is small enough to keep in a backpack, carry on a plane, and carry around a conference. I also like the fact that I can set it on a tabletop, which is what I usually do. It is not quite tall enough to stand on the ground and hold the camera as high as the face of a standing adult.