Friday Night with The Church at Park West 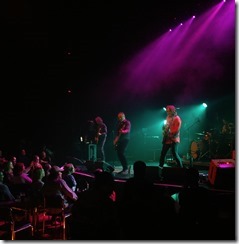 This week, I went to The Church on Friday night.

In this context, The Church is the Australian rock band and they were performing at Park West in Lincoln Park, Chicago.

It turns out that The Church has had a long career beyond their 1988 "Starfish" album - the CD my brother gave me decades ago that I played repeatedly in the 80s and 90s. "Starfish" was their most popular album, but they were almost a dozen songs into their set before playing the first song from this album - "North South East & West". 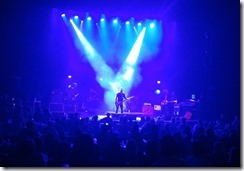 They filled the night with music from the early 1980s (lead singer Steve Kilbey joked that he was 2 years old when he wrote one of the songs) and from their latest album ("Man Woman Life Death Infinity", which was released today). In almost 4 decades, the band has released dozens of albums and they drew on many of them tonight They alternated between straight-ahead post-punk rockers and the ethereal music for which they are most well-known. 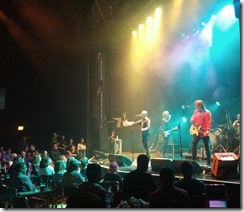 For me, the high point was hearing "Under the Milky Way". It was like a visit from an old friend and the emotion of the harmonies and acoustic guitar still speak to me after all these years.

My first visit to Park West was an enjoyable one. It was a good night to visit The Church. ie