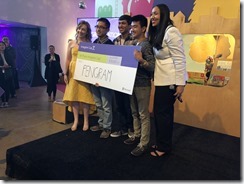 We stood in San Francisco's Creativity Museum, waiting for the announcement of the top six teams at the Imagine Cup US Finals. Twelve teams from universities across the country had qualified for the US Finals, earning a trip to California and a chance to pitch and demonstrate their software, hardware, and business ideas to a panel of judges. Coding, planning, pitching, and judging were complete on this warm California evening and all that remained was the award announcements. The top six teams would win cash prizes up to $10,000 and a chance to compete in the International Imagine Cup Finals held in Redmond, WA in July. 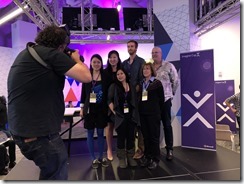 One by one, the finalists heard their names called and were called to the stage to accept their awards. The winners jumped with joy and hugged one another when they were called. It was a reward for months of planning and hard work. 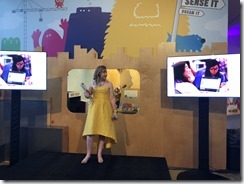 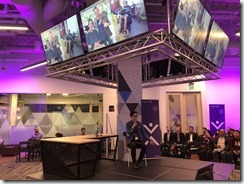 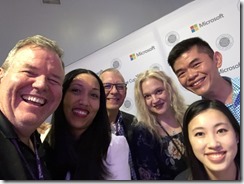 Every student with whom I spoke told me that Imagine Cup was a great experience and I have to agree. I am looking forward to the Canadian Imagine Cup Finals in Vancouver, BC later this month!