Those of us living in the Detroit area got a real treat last night.

The Tigers 8-4 victory completed a 3-game sweep of the Yankees - their first sweep in The Bronx since 1956.

The Red Wings dominated an injury-riddled Colorado Avalanche 8-2 to sweep the second round of the NHL playoffs.  Johan "Mule" Franzen notched a hat trick (3 goals in one game) and is playing as well as anyone in the playoffs.

Meanwhile the Pistons advanced to the second round of the NBA playoffs with a 100-77 rout of the Philadelphia 76ers.  Just a few days ago, Detroit trailed 2-1 in the series following a one-sided Philadelphia victory.

All three victories completed a victorious series and each occurred on the road.

Detroit sports fans have had much to cheer about over the years, but I don't recall a day like Thursday, when all 3 of the major professional sports teams had such big victories simultaneously.  (I understand that Detroit once boasted a professional football team but I can't find anyone here who remembers them.) 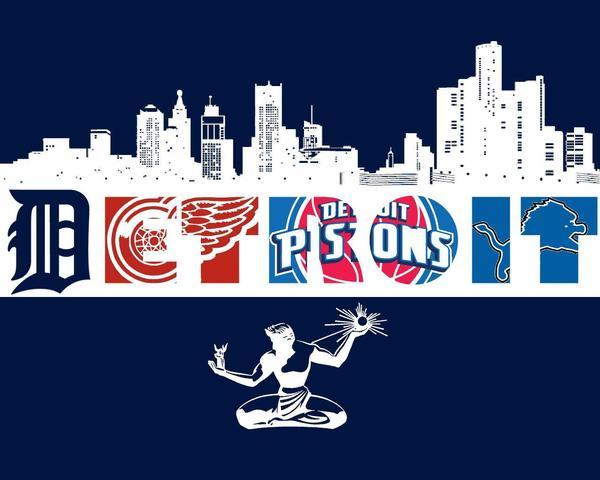