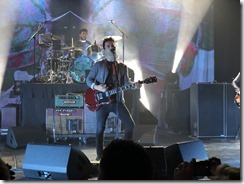 Stereophonics are Kelly Jones, Richard Jones, Adam Zindani, and Jamie Morrison. But mostly Kelly Jones. Jones is the lead singer, front man, plays many guitar solos, and writes most of the band's music. This is not to say the rest of the band doesn't contribute. They provided excellent musicianship when the band took the stage at Chicago's Vic Theatre Tuesday night. 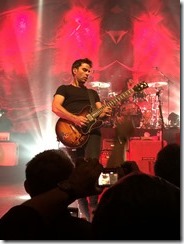 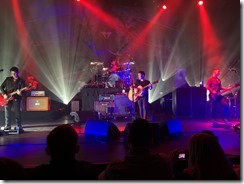 But the theatre was full, and they came to see Stereophonics. The crowd did not just listen. They sang along to almost every song, making their voices heard above the amplification. From my vantage point near the stage, it sounded like Jones had brought a choral along to accompany him.  Stereophonics has a much larger following in the UK than in the US and I heard many British accents in the crowd.

The concert did not disappoint. From their high-energy opening "C'est La Vie" through their 6 encores, the crowd was on its feet most of the night. 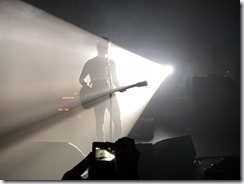 They played original songs all night until the very end, when they closed with a rousing rendition of "Sweet Home Chicago", delighting the locals and immigrants in the audience alike.

It was a good experience for me and for the thousands of British expats who packed the theater.