I Will Remember Bogu 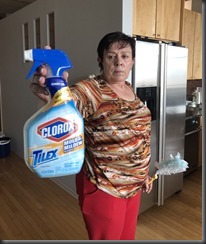 Until I purchased my current condominium four years ago, I had always been the one responsible for cleaning my own home. But shortly after I moved in, I decided to hire someone to clean my place regularly. Bogu was referred to me by a friend, so I hired her to come every two weeks. The only exceptions were the times I was traveling.

For the next four years, she worked for me. She was punctual, flexible, hard-working, efficient, and thorough. I told her what to do and she did it, spending about 2.5 hours on each visit and keeping my home in good shape.

We never became close personally. Bogu spoke very little English, and I tried to stay out of her way when she was working. But I appreciated her work and her attitude, and we always greeted one another with a smile.

After this past Christmas, she stopped coming. I received no phone call or text message, and she did not respond to any of my messages. This was unusual, as she had always been very responsive. I called my friends who had referred her, and they knew nothing. I did not know any of Bogu's friends or family, so I had no way of knowing her situation.

Earlier this month, my friend called with the news. In early January, Bogu had died in her sleep. One morning, she simply did not wake up.

Bogu was a Polish immigrant who worked hard her entire life and never had a chance to enjoy retirement. I never heard her complain about anything. There are many such people in our country and in our world and most of them are forgotten.

I will remember Bogu.