Years ago, Brian Prince became famous for a talk on developer soft skills. This presentation resonated with developers at technology conferences and user groups because so few people were talking about this subject. Michael Eaton - a regular at technical conferences - recognized this lack of speakers addressing this topic and decided to create an entire conference focused on soft skills. This was how the Kalamazoo X conference began in Kalamazoo, MI in 2009.

I’ve been a fan of KalamazooX from the beginning and I’ve spoken at the conference twice. Those who follow me on social media will know that I begin each day by completing the sentence "Today I am grateful for...". That tradition was inspired by a couple of presentations at KalamazooX 2 years ago.

I've attended all but one KalamazooX conference, so I made a point to make it this year, even though my flight from Houston arrived in Chicago the morning of the conference and I had to drive to Kalamazoo. The morning flight meant that I could only attend the afternoon sessions this year; but they did not disappoint.

Elizabeth Naramore and Microsoft's Jeff Blankenburg each spoke about capturing the spirit of a novice, when you are driven by curiosity and unafraid to fail - before expectations make you think that there is something wrong with risking failure.

Dawn Kuczwara in her presentation titled "Give It Up" told managers that it is necessary to relinquish control and allow your subordinates to manage their own work in order for most projects and teams to succeed.

Cori Drew spoke of ways she inspires her daughter to develop a passion for technology in her talk on "Geek Parenting".

Although primarily attended by software professionals, KalamazooX is very different from any other technical conference - it focuses on the parts of our career that is important - but ignored at most conferences. I've heard many people describe how inspired and energized they are by this conference.

I woke up in Houston at 3 AM and flew/cabbed/drove over 1300 of miles to attend. And it was worth it. I'm looking forward to next year. 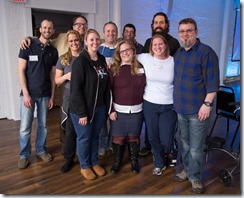 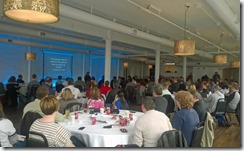 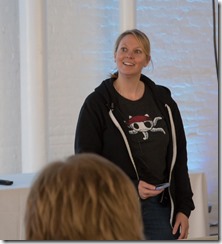 Elizabeth Naramore presenting “The Beauty of a Beginner’s Mind” 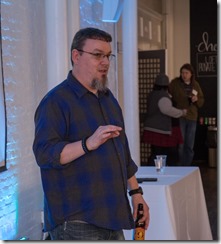