My Father, the Survivor

My father passed away last month. He was 81 years old and he was a survivor. Since his death, I’ve been thinking about all the challenges he faced in life and how he managed to survive them.

My father was in high school when his own father died. His response was to enlist in the US Navy after graduation so that his mother would not be burdened by another mouth to feed.

He didn't just enlist in the Navy: He served honorably for 23 years; he went to school at night and on weekends, eventually earning a Bachelor’s degree from George Washington and a Master’s degree from the Naval Graduate Academy. He and my mother raised 6 children (including me). He received his commission, served in 2 foreign wars, saw combat in Viet Nam as a Hospital Corpsman, and retired as a Lieutenant Commander after 23 years of honorable service.

After retiring from the Navy, he entered private left and he excelled at this as well. He worked over 20 years at St. John Hospital, overseeing its expansion into one of the largest health care organizations in Michigan. He was active in the community and served as a President of the Grosse Pointe Rotary Club. His children grew up and moved away and began families of their own. By the time he retired, he was Vice President of St. John Medical Center and ready to move to Florida to play bridge.

In Florida, he didn’t just take up bridge: He learned the game so well that he became a Life Master within 5 years. He was also active in his new community of Sun City Center, serving as President of the Bridge Club and a member of the Knights of Columbus. He remained very active while his health allowed him to be.

In his later years, his health began to fail. Skin cancer, blood disease, and nerve damage in his back and leg all took their toll on him. But he remained positive and downplayed the limitations of his physical body. The Vietnam War did not kill him and raising 6 kids did not kill him and the stress of running a hospital did not kill him, so what chance did skin cancer have?

Two years ago, he was struck by his greatest physical ailment when Alzheimer's began to rob him of his memories and his speech and his mind. Still, he remained positive. I heard from multiple caregivers that he always had a kind word for them. This was his way of defeating Alzheimer's - at least temporarily.

Last month, Normand Giard finally succumbed to all the physical trauma he had endured. He slipped into a coma and died quietly within 48 hours. My father passed away on May 10, 2013. My family flew to Florida to mourn him and to comfort my mother and to hug one another; then we each flew back home to resume our lives.

But the story doesn't end here. When I think of my father and his life, I am struck by what I see as his greatest strength - his ability to face the difficulties thrown in front of him and perceive these as challenges, rather than obstacles. My father focused on finding solutions to his problems, rather than dwelling on unfortunate circumstances.

My plan is to honor my father's memory by trying to emulate this trait. By focusing less on the obstacles in my path and more on the opportunities these obstacles present; By seeing each challenge in my life as an opportunity to excel, rather than an excuse to fail; by finding things to be grateful for, instead of things to complain about.

This will be my gift to my father - Normand Giard, the survivor, whom I miss very much on this Father's Day. 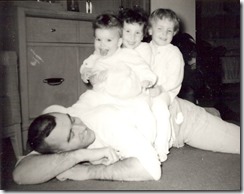 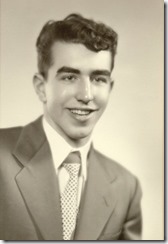 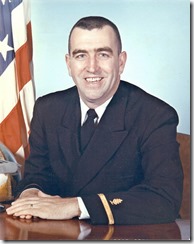 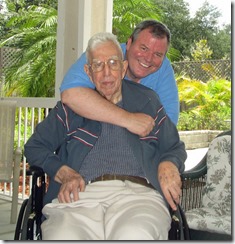