University of Toronto Students Analyze Data for Fun and Prizes 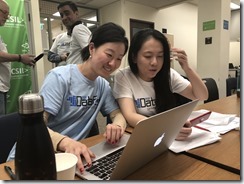 The DataFest concept was created back in 2011 by the American Statistical Association. Students are provided a large data set and are given 2 full days to report on some useful insights and/or visualizations about the data. 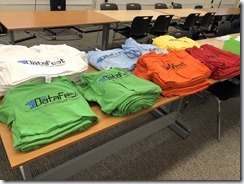 I attended the ASA DataFest at the University of Toronto May 1-2. The event was organized by UT Professor Nathan Taback, who served as host.

The students – all from U of T - worked in teams of 2-4 and presented their findings on the evening of the second day. This was a judged competition with prizes for the top 4 teams.

Students had no knowledge of the data set before it was made available to them when they showed up at the venue. Data was provided by the Indeed job search engine and included information on job postings in the United States, Canada, and Germany. 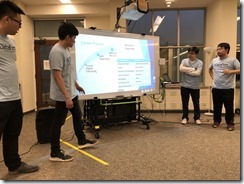 Following Dr. Taback's opening remarks, I delivered a presentation on Data Science tools in Azure, including demos of Machine Learning Studio and Azure Notebooks. Over half the teams ended up using these tools in their analysis. 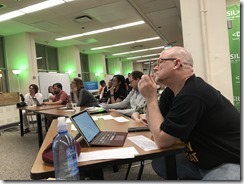 In addition to the opening ceremonies, I served as a mentor during the DataFest and a judge at the end. Several professors and students donated their time as mentors during the event and judges included professors and industry professionals. I also recruited local MVPs Atley Hunter and Vivek Patel, along with user group leader Ashraf Ghonaim to serve as mentors and/or judges.

Almost 200 students attended, and 19 teams presented their findings on Day 2. 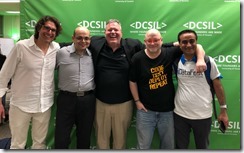 The winning team used Azure ML Studio to split users into low, medium, and high salary ranges and determine the factors required to move from one level to the next level above.

Microsoft donated prizes and money for food to the event (along with my time) and Azure credits for the students to use.