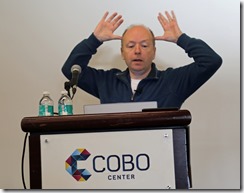 Originally, it was 1DevDayDetroit - a multi -platform developer conference in do wntown Detroit; then came some specialized version of the conference, named "CloudDevDay" and  "MobiDevDay", focused on cloud computing and mobile technologies, respectively. 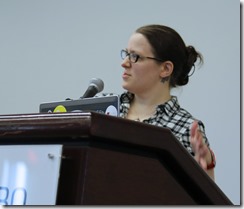 A couple years ago, the organizers changed the name to "Detroit Dev Day" and that has stuck! The conference takes place at Cobo Hall in the heart of downtown Detroit and attracts hundreds of attendees from the .NET, Java, JavaScript, Open Source, and other communities.

I was invited to deliver the opening keynote, so I spoke about the Technical Community, how it has benefited me personally, and professionally, and how others could benefit from being more engaged in their local community. 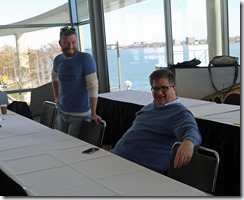 I also delivered a breakout session titled "Microsoft Azure Without Microsoft" in which I demonstrated many of the open source and competing technologies supported on Microsoft Azure. 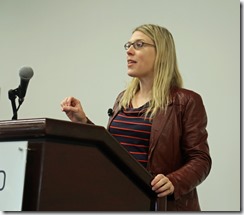 In addition, Jennifer Marsman delivered a presentation titled "Introduction to Azure Machine Learning: Predict Who Will Survive the Titanic". 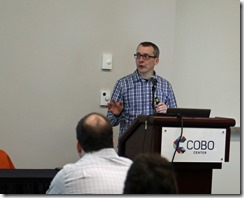 In addition, I had a chance to interact with many folks from the Detroit Development community - a treat for me as I spent many years living and working in this area and I even ran a user group in suburban Detroit for years.

The feedback I heard from attendees was overwhelmingly positive.

Detroit Dev Day was entirely run by volunteers and has continued as a strong presence in Detroit through its various name changes for the past 5 years. Based on this year's success, I expect it to continue well into the future.