Returning to Romania for IT Camp 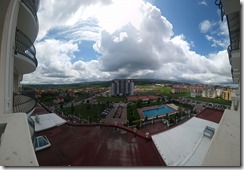 This was my fourth year in a row attending IT Camp in Cluj-Napoca, Romania. Cluj is a technology hub in the heart of Transylvania. Now in its 7th year, IT Camp attracted over 500 attendees from the region.

Speakers traveled from around the world for this conference. I counted speakers from the US, the UK, Germany, Italy, France, Hungary, Poland, the Netherlands, Bulgaria, Switzerland, Cyprus, the Czech Republic, Norway, and (of course) Romania.

Over 500 people attended the event – most from Romania.

The conference was primarily focused on Microsoft technologies, but not exclusively so. The conference began with a speech by Emil Boc, the Mayor of Cluj-Napoca. This was the only talk delivered in Romanian, so I was not able to follow; but it was well received.

The mayor was followed by 4 keynotes:

I delivered 2 presentations: Big Data Solutions in Azure; and Building Powerful Applications with Angular and TypeScript. Over 150 people crowded into my room for the  Angular presentation.

The day before IT Camp, I spoke at a local consulting company – Yonder – about how to “Own Your Own Career”.

As always, the day after IT Camp featured a cultural experience to which all the speakers and volunteers were invited. This year, we toured the salt mines in Turda, Romania.

IT Camp was a great chance to connect with a number of influencers from around the world and return to Romania, where I have many fond memories.